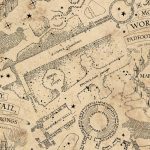 What better way to decorate the bedroom of a Harry Potter fan, than with licensed Harry Potter wallpaper? We currently stock a Marauders Map wallpaper. That was made famous by the third instalment of the franchise, Harry Potter and the Prisoner of Azkaban. We also stock Hogwarts wallpaper that features a Hogwarts background. And other notable motifs from the films, such as the symbol for the Deathly Hallows. So before we talk about our range of Harry Potter wallpaper. Let us start at the beginning.

Before Harry Potter wallpaper came about it first started In 1997. JK Rowling changed the world of children’s literature with the release of Harry Potter and the Philosophers Stone. Better known as the Sorcerer’s Stone in the United States. We were transported to a vast world of magic and rich lore. This was where witches and wizards live in secret among us ordinary muggles (wizard slang for non-magic folk). We are introduced to our main protagonist at number 4 Privet Drive in Surrey. The home of the Dursley’s whom adopt Harry at a young age after the tragic passing of his parents.

Flashforward 10 years, Harry Potter receives his admittance letter to the Hogwarts School of Witchcraft and Wizardry. Which he enthusiastically accepts. Harry was brought up without any knowledge of the magical world in which he is immensely famous, so his introduction to this way of life is met with some further astonishment.

The real adventure begins when he boards the Hogwarts express at platform 9 ¾ at Kings Cross station. And Harry departs to his new school where he meets his two best friends, Ron Weasley and Hermione Granger. Harry and Ron instantly form a strong friendship that is a formidable theme throughout the books and films. When new witches and wizards are inducted as students, they undergo a sorting ceremony where their schoolhouses are determined. The 4 houses are Gryffindor, Hufflepuff, Ravenclaw and Slytherin, named after the 4 founders of Hogwarts. Harry is sorted into Gryffindor along with his two newly acquainted peers, Ron and Hermione, which only solidifies their friendship more. Our Harry Potter wallpaper features these houses.

From here on out, Harry and his friends are met with perilous experiences year after year in which they must prove themselves. Not only as great witches and wizards but also as good, decent people. Harry bares the great burden of being the ‘chosen one’ alongside the task of being a hardworking student like everyone else enrolled into Hogwarts. Again our Harry Potter wallpaper features Hogwarts that even glow’s in the dark.

The responsibility of being the chosen one means that Harry must one day defeat a great adversary that has plagued the Wizarding World for decades. Harry gained this title when he survived the unforgivable killing curse at the age of 1. He was the only person in history to have done so earning him the moniker ‘the boy who lived’. The dark wizard who attempted to kill Harry was believed to be destroyed, but everyone was deceived as he was only biding his time. Waiting for the opportune moment to finally return.

It was one wizard’s quest for immortality and power that started a chain of events that lead to the attempt on Harry’s life. A great war raged on for years. Witches, wizards and a whole manner of dark creatures were engaged in constant conflict against a resistance. Those who sought to protect the world against the death and destruction their enemy would bring. The dark wizard responsible was known as Voldemort. A former student of Hogwarts that believed he was destined to rule both worlds or wizards and muggles.

On this hollow quest for power. He was responsible for some of the greatest atrocities that the modern wizarding world had ever seen. Voldemort’s pursuit for immortality was almost complete. Until a prophecy was uncovered, about a boy born at the end of July who would vanquish the self-proclaimed Dark Lord. Panicked, Voldemort set out to destroy this potential threat. So he journeyed to Godric’s Hollow, the home of Lily and James Potter. Voldemort quickly dispatched of James and made his way to baby Harry’s crib, where Lily was waiting. Lily sacrificed her own life as she cast herself between her son and the embodiment of evil. In doing so, Lily casted a protective enchantment over Harry that in turn destroyed Voldemort’s physical form. It was a mother’s love for her son that saved his life that night. Even against the darkest evil, there is no greater magic than love.

This is where Harry’s journey to greatness begins. From the tragic death of his parents to finally facing Voldemort one final time. Harry’s arc is eventually completed in the final instalment of the series, The Deathly Hallows.

It’s acceptable to say that the Harry Potter films are timeless, and they can be appreciated by any generation, young or otherwise. With more and more children being introduced to this franchise every day. More and more children want to make this enchanting world a reality and the first step to achieving this vision is with wallpaper. Yes, wallpaper can effortlessly recreate or create a brand-new world of sorts if used correctly.

Unfortunately, there is no officially licensed Hufflepuff wallpaper or even a Ravenclaw wallpaper that we can source to meet the needs of the hardcore Harry potter wallpaper fanbase. The good news is that our range of wallpaper is almost as long as the 5th Harry Potter book, so it is possible to replicate the décor of the Wizarding World but finding the right design may prove challenging. So journey with us to find the perfect Harry Potter wallpaper for you.

It can be difficult to find the right style of wallpaper at the best of times. But finding one to fit the themes of this rich franchise can feel like casting a Patronus Charm for the first time. Our dedicated team are more than happy to help when it comes to finding the best wallpaper to suit your needs. So, please do not hesitate to send us an email. To quote the great Albus Dumbledor, help will always be given to those who need it.

Be sure to tag us in on our Instagram account at @wallpapershop.co.uk. We want to see your Harry Potter wallpaper.

Banana Leaf . . . . Doing a repost on this wallpap

JUNGLE FEVER CONCRETE . . . Use a simple yet effec 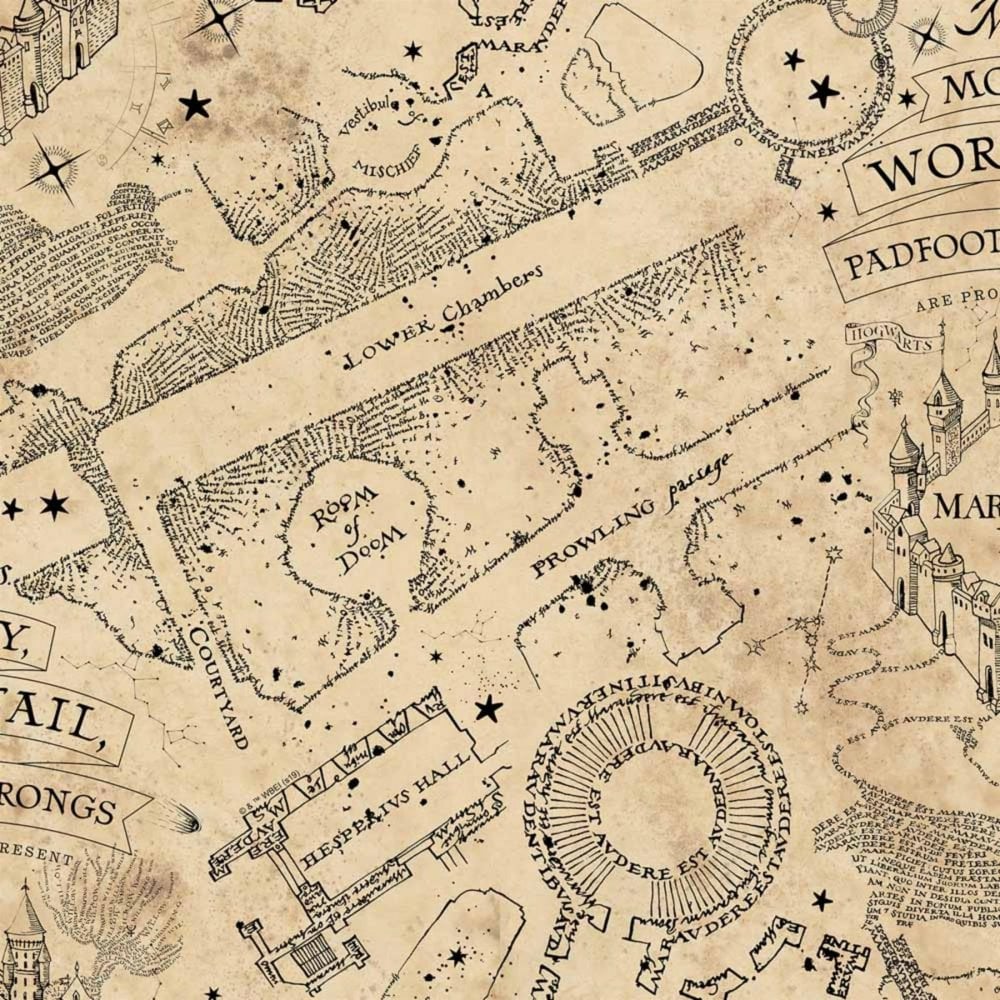